a pound of flesh 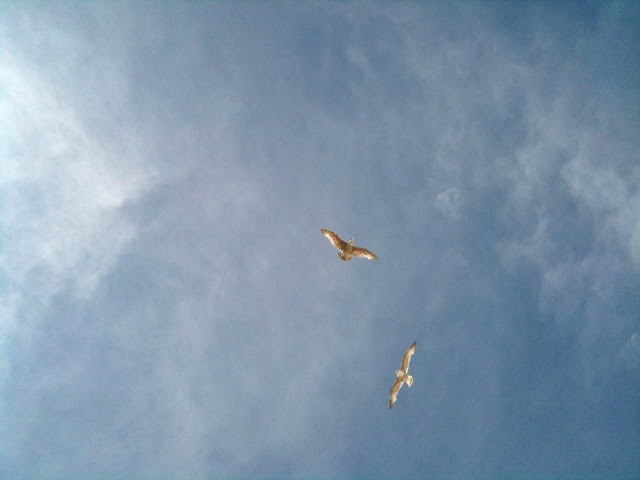 I think a significant piece of my spirit is metaphysically anchored in a swirling vortex somewhere between Camelback Mountain and Sedona.  I know that sounds a bit woo-woo and crazy, but whatever that says about my constitution, it is undeniably true.

In my early twenties I made a solitary trek from Boston to Arizona, part vision quest, part escape act.  It was the first time I had ever traveled anywhere alone, with no person to visit or anchor me on the receiving end.  The freedom and the unknown felt wild and liberating and I boarded that flight knowing it was just what I needed to rearrange my molecules, which at that particular juncture were about as stagnant as a puddle.  I had never been to Arizona before, or the South West at all for that matter, but staring at all the glossy photos of the red rock and blue sky in the AAA brochures, I was spellbound.  As it turns out, something about it's geography or the time-space continuum there puts me closer in touch with myself or the divine. Aren't they one and the same?

On the first day I met Kim, the mystic of this story, at a bus station where we were both serendipitously stranded.  We both were heading north to Flagstaff, so we decided to throw all of our respective baggage in the trunk of a rental car and share the two and a half hour drive.  With hours to pass and a glorious sunset and a sea of stars like I'd never seen before as our backdrop, we peeled back the layers of life and shared one interesting story after another, like a big present being opened to reveal a smaller one, and so on and so on.  We were complete strangers after all, and ones who would probably never see one another again so we shared unrestrained with easy laughter and honest reverence for one another's lives.  Despite the gap in years (she might have been about my moms age at the time) and the distance in geography and circumstance as she spoke about her lover (who she had just come from visiting) and her husband and their glaringly unconventional yet enticing bohemian life, we were kindred for sure.  She believed we were meant to meet.

At the core of this journey, the gift I was meant to unwrap was something that she said to me in response to the unfurling of my adoption story.  She was certain, and said in some compelling effect, that my adoption held a greater purpose.  That after traveling so far and coming together in such exactitude I was meant to bring some kind of Grand Enlightenment to my family.  Writing this now makes me think, whew! what a load of starry-eyed hooey, but then, and sometimes still in the darker corners of my psyche, this revealed the holy grail, my kryptonite as it turns out.

She simply spoke out loud a deeply held notion (read: fear) I already held true, that I needed to Do or Be something earth-shatteringly wonderful to pay back and make good my hefty fare into the promised land of love and family.  That alone I was not enough, and my purpose was forever indebted to those who let me have a chance at life.  I can't tell you how many times I have thought of that conversation and those words and held onto them as some kind of prophesy needing to be fulfilled.

So wherein lies the gift, you're wondering?

The gift was that although it took me many (many) years, this red heron helped me find my own truth.  It pushed me forward to seek and really examine.  Might have I wound my way here without that experience?  Maybe.  But I know at the time I was desperately searching for meaning and purpose, looking for something bigger to keep me anchored to this earth.  It was the temporary band-aid I needed.  It also offered the juxtaposed clarity I have now of knowing otherwise, that the grand enlightenment was only meant to be my own and I will forever be on that quest, the next leg of which I am poised to embark on.  I guess that is why I am thinking about all of this now.  There is more of myself to unearth as a big chunk has recently been exposed.

There were a handful of other precious and sweeping life-lessons I learned while in the desert that week, tender moments, crazy run-in's and even a proposition (or two) amidst the otherworldly scenery and a cast characters I'll never forget.  The entire experience was like a sublime epiphany.  Stories for another day.