a missing piece in the land of the morning calm 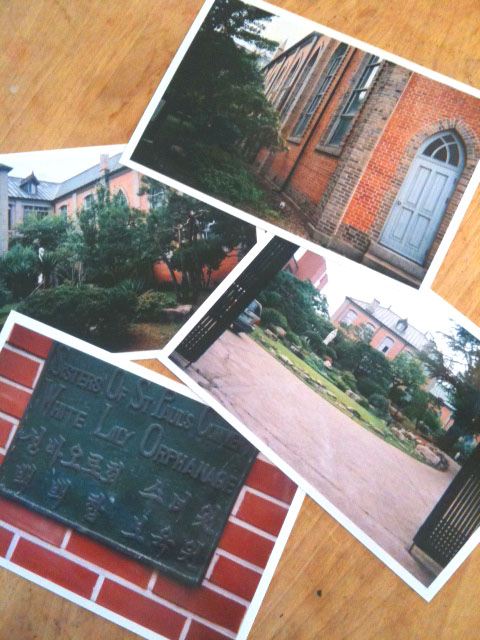 In 2004 I went back to Korea for the first time since coming to this country as a little babe in 1972.  My son was almost the exact age that I was when I was adopted when I left him to travel half way around the world on a somewhat unplanned adventure of a lifetime, so the magnitude of that life-changing event was incredibly tangible in the knowing of what every day life with an infant at this stage was like.  I remember thinking how already, at 10 months old, we are completely attached to our families, smile at the sight of mom and dad and want to be held, fed and cared for by these familiar and unwavering presences in our life.  The bond is undeniable.

I wondered a lot during that time about my younger self, and thought also from a newer perspective of the mother who would not keep her child, but most of those thoughts I could only hold for a moment or two, painful and raw around all the edges.  Even when I was in Korea, I felt a distance that I didn't understand then was my own inability to really go there emotionally even though I was standing wide-awake, both feet on the ground in my country of origin.  My heart simply couldn't hold the overwhelming magnitude of it all.

But it was meant to be, that journey, and in seven short days I traveled through innumerable uncharted lands and built bridges in parts of my world that would be there to help me find my way, even now, including unexpectedly walking through the very doors of the orphanage I used to live.  There are so many vignettes to share from that trip, but this one was the reason I was meant to go.

It was my last full day in Korea, and I wanted to make a donation to an orphanage in honor of my own journey, as thanks, as homage, as a small token of karmic restitution before I left the country.  I went to a local internet cafe (of which there are many in Korea) and looked up a local orphanage via the online "yellow pages".  The name White Lily stood out to me with a vague familiarity, like an echo and a faint moment of recollection.  From that moment until the second my cab pulled up in front of the brick walls of White Lily, which was now a school and no longer an orphanage, the realization dawned on me of what I was about to find.

Not only did I find the orphanage where I spent months of my early life in, I found the Nuns who took me in and helped me find a piece of myself I had never known.  They were gracious and understanding and kind, and showed me around letting me wander the grounds in my quiet tearful reverence.  I remember the unremarkable view from the hilltop as I desperately tried to feel or remember something.  It was overwhelming to say the least.

It was only an hour or so I spent there, but I felt like I walked away with a million years worth of thoughts and feelings all swirling around inside of me.  Upon leaving I gave the Nuns what wan I had left, the donation that brought me there in the first place, plus some American dollars added in thinking with humble gratitude that I was leaving with so much more than I was able to give.  I also left them the Korean name I had been given at the orphanage almost thirty years ago without much thought about it, and we all said what we understood to be a heartfelt and tearful goodbye at what this visit had meant to me.  Unforgettable.

Several months later, after coming home to my own family, my baby and the familiarity of my every day life on this continent, on an unremarkable, warm summer day an unexpected package from Korea would arrive in my mailbox, documents pertaining to my adoption found undoubtedly by a tenacious Nun and the grace of God.

To this day, I have glanced at it once, and have never completely read all it contains.  That is about to change.