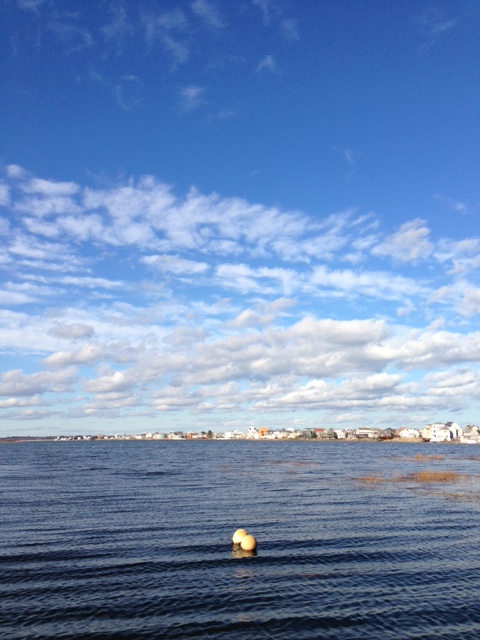 In my head I have been turning over lots of potential words for this year, but over and over again I kept on bumping into one.  It's not a very pretty word so maybe that is why I passed over it more than once, but finally last night I went to good old Merriam Webster to look it up and I knew for sure it was the one.

Since the new year and for a good part of 2012 really, I have been doing a lot of digging and rearranging.  I was having a really tough time trying to orient myself around this virtual space and the space of my own creative life.  My lack of certainty even had me thinking for a while that maybe it was a sign that it was time to move on from Wishstudio.  I tried writing under my own name for a bit creating separate spaces for my personal work and my community work, but I realized pretty quickly that it was incredibly hard for me to pull apart one from the other.  That just isn't how my brain sees and processes my life.  The other thing I realized is that I had strayed too far off my own path and I was making space for things I thought I should be doing, and not what I truly wanted.  It was subtle so I didn't recognize it for a long time, and it didn't help that I wasn't at all clear on what it was that I did want.

In the meantime, behind the scenes I was dissecting and and reconstructing a lot of things in my life, even built this site months ago under the notion of vague anticipation that I needed something different.  If there's one thing I know about myself it's that I am an experiential learner.  I have to try and do in order to know.  So if it seemed like I was waffling and a bit lost jumping from one thing to the next for a while, that is exactly where I was at.  I had to try on a lot of different hats to find the right one for where I am now.

What I came to realize is that to grow I don't need to add or embellish anything (which was the track that I was on for the better part of last year), I simply needed to peel back all the old layers and let them go, and that made all the difference.  Wham!  Clarity.

I am shedding from the inside out;  ideas about myself that I thought were true, inhibitions and apprehensions about what I really value and desire, spaces that weren't working for me, things that aren't meaningful or useful, and a voice that I hadn't realized I had outgrown.  With this discovery I've finally been able to shimmy out of the old skin after a long period of trying to squeeze into a space the wrong shape and size.  Today the world feels tender, exciting and new again.

My work this year is to keep releasing and to continue to step in to the life that's waiting for me instead of trying to create it around me.   What a relief, really.  I am so ready to begin again.