jan.9 {sex at dawn and other related tidbits} 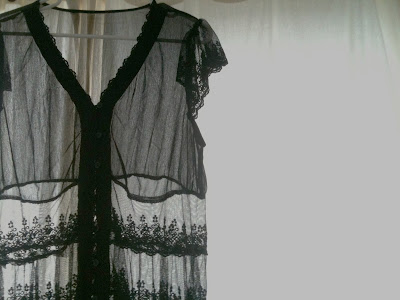 It's so interesting to me how sex is in the forefront of the collective unconscious these days.  Maybe it's the whole 50 Shades phenomenon, which even though the literary merits of these books fall a bit short the societal buzz it has created is quite fascinating.  Maybe it's the Aquarian age coming around again, free thinking, free(er) love, and exploring new and more sustainable ways of doing things.  Including sex and relationships.

Whether it's BDSM or open relationships, the conversation in mainstream culture is shifting a bit.  Even Bust Magazine featured an article about modern day open marriages in their fall issue (Aug/Sept 2012), and I recently watched a news interview with a local poly couple and all their metas, now all the hype about Sex At Dawn.  If you are intrigued by this book (and the new cover is so much more inviting) there is a great interview from a couple of years ago with the book's headlining author, Christopher Ryan, with sex advice columnist Dan Savage *(clicking on this link might show adult content, so be forewarned if little ones are within eyeshot) on his podcast - episode 194.  As a regular listener I know that he falls into the camp of monogomish, which is a term that he coined I believe, to describe a mostly monogamous couple who get a little something on the side but don't stray emotionally from their primary partner.  Dan's point of view leans towards championing Ryan's ideas.  Just sayin.

As someone who is also sexually open-minded, and who knows couples who are in open and poly relationships of all manor and orientation, I have to say that I think I am thoughtfully in the same camp as Dan and Ryan.  I don't necessarily think that means that monogamy is bad - for some couples it's great, ideal even - but I do think that this institution asserts a certain strain, and ultimately failure, on a lot of relationships where monogamy simply does not work for them and where it is presumably the only option.  I know there are many people who would vehemently disagree, but I also think that most people have not really thought about it within an informed and practical context, that it's more of an automatic moral stance than a pragmatic individualized decision because this is a conversation that most couples don't ever have.  Where sex is 99% for pleasure and 1% for procreation, and we are all sexual beings entitled to some toe-curling pleasure, I think it's a step in the right direction that people are trying to wrap their brains around other ways of doing things sexually and relationally speaking, and anything that starts that conversation I believe is a good thing.  Like anything else, I think choice is important.  Knowing all the options and what works for you is what counts, not just fitting into a neat and tidy box created by someone else.  Our choices, whatever they are, should empower us, not stifle us.  There is so much to say on the topic, but I just wanted to weigh in and share those little nuggets for those of you who are interested.  I'd love to know your thoughts.