feb.18 {the perks of being a wallflower} 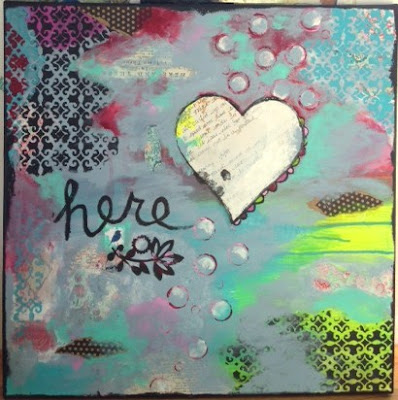 There was a tweet floating around yesterday about the yuckiness of jealousy, and when I read it I realized that there are so many of us who feel like a wallflower.  It made me think of all the cliques in high school, and then about the cliques in any community...because, let's face it, there are definitely the 'cool kids' wherever we hang out, even as adults.

In the back of my mind was Liz's post, and how it mirrors so much of how I feel (how I always have felt, actually) and it made me want to dig deeper.  The odd thing is that I am often seen as part of the popular crowd, just like it was in high school.  While I do make connections with people who tend to be seen as the leaders of a community because I find them interesting and inspiring, I still always feel on the periphery of that clique and I wondered, not for the first time, what that meant.  It doesn't mean that my friendships and relationships are not genuine, they are (and were).  I believe that a lot of the time we are labelled as one thing by how other people see us and those we are associated with.  Our public perception is often credited in large part to who we know and not always necessarily who we are.   To some extent, we believe in this label too.

People have often said that at conferences and retreats mealtime is, once again, a tricky navigation of social politics;  the cool kids drift to one section of the cafeteria and the rest are left standing there feeling awkward with our tray in our hands contemplating.... where do I fit in?

But the confusing thing is that where we truly fit in is not necessarily where we want to fit in.

I will be perfectly honest that, for better or worse, I have almost always been associated with the popular crowd in whatever corner of the world I happen to be in, and I can tell you two things about this:  One, even within the in-crowd there is a social hierarchy and I clearly understand where I fit in there - I'm happy on the fringe and that always has put me still, in a vulnerable place and sometimes feeling left out.  I've never completely felt like I belonged to any group.  I think I just land where I do because I often reach out to people out of admiration and curiosity and tend to make connections and then blend in really well, not because I strive to be at the top of the food chain.  Okay, maybe part of that is not true, because Two, there is definitely a sense of security that comes from being seen as one of the cool kids - but the flip side of that, what you sacrifice, is there then can be a lot of inaccurate assumptions made about you as an individual.  This is where I have often felt lost and unseen.

So, I am now trying to figure out who I am because in all honesty I have often seen myself by proxy as well.  I want to resist the urge to just fit in and be liked in order to find out where I truly stand and to find comfort in my real voice, because that's really what I now know matters me.  I won't lie to you though, it is difficult.  In this socially driven world we live in I always feel that underlying pressure to get as many 'likes' as I can, and then judge the merit of what I have to say in light of that.  Even though we all say it shouldn't matter how many comments we get, the honest reality is that it does.

We all want to be validated and heard, and I am trying to figure out the difference between being liked vs. being seen.  The two are sometimes hard to separate.

I think if I were to be back in high school now I would probably be part of a different group, not because of the people I was friends with, but rather because being the person who I actually am would put me in a different part of the cafeteria.  It makes me sad to think I might have been one of those shiny people who excluded others for being less than or non-conforming.  Being on the receiving end of that feeling is just so awful.  To some extent I think I sold myself short by taking on a label  instead of being an individual - but I guess that is what high school is all about, although life doesn't have to be that way.  Well, at least I can try to push against it.  While I admire those at the the top of the pyramid for a lot of reasons (none of which lessen the value of what they may have to offer the world or who they are), I know in some ways I want to be like them because it is easier to be popular and mainstream than to be myself.  But I've experienced and know a bit what that feels like too, and there is not as much satisfaction as you might think.

It is so much more gratifying for people to like me for myself.