feb.19 {at the intersection of sexuality and motherhood} 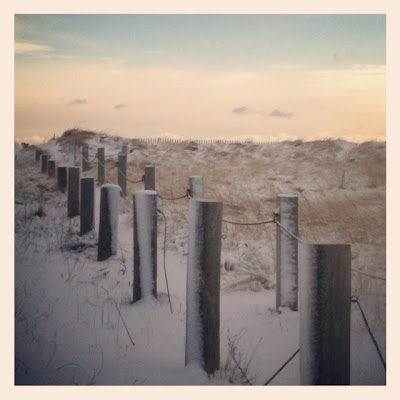 Confession:  For the last several years I have been hanging out in the creative community as well as exploring the sex-positive community.  In both, I have taken some interesting classes, gone to a couple of retreats and conferences, and have met some really amazing people.  It's been a parallel journey in two very different realms, one on the surface and the other mostly underground but now those two paths are starting to converge.  It's both exciting and scary, and is bringing up a lot of questions for me as a woman and as a mom especially.

It is tricky to balance simply being an artist, a mom, a wife, etc. but there are a zillion conversations out there to help us navigate - but to toss in this element of interest I have in sexuality and relationships is really a curve ball because there are zero conversations (at least that I have come across yet) about how to integrate that.  If I had a side hobby of being a zumba instructor or reading tarot cards it wouldn't be an issue, but it seems fairly intimidating to have an interest in something that is so taboo and hush hush for many.

I worry mostly about what my kids (really my oldest kid, right now) would think if was out as a sex educator/advocate.  Would he be mortified?  Would it make his life complicated and would he get teased?  I am not personally ashamed of having this interest, but I know not everyone in my life has the same comfort level as I do, and how much should that matter anyway?  Is it a good or bad thing to perpetuate furtiveness around a topic that is so universal, and would that protect or hinder my son(s)?  Is it selfish as a mom to want to go there?  Could it backfire on me (and my family) in some way?  I don't know the answers to these questions, but I am trying to figure it out.

Up to this point, my husband and I have been very open and forthcoming about the topic of sex with our 9 year old.  He comes to us fairly uninhibited, and has a lot of questions as well as a lot of misinformation and fears we are more than happy to set straight.  I am so happy that he does, as I remember friends I had growing up who couldn't even broach the subject with their mom or dad and how I couldn't understand that level of disconnect.  It empowered me to be in the know - I see that now.

Now as a mom I also see how this attitude of shame (or on milder terms, embarrassment which is only one step behind, I think) is passed down to kids inadvertently.  I know I don't want to be one of those moms, and I really appreciate how both my parents ultimately took shame out of the equation for me.  I also know that there might be a tipping point (?) where too much information/exposure is a bad thing, but I'm not sure where that line is yet, or if it should even exist.  Honestly, until very recently I thought I would never ever talk about this out loud, here especially, yet here I am.  One unexpected benefit of this all is that it makes being out there as an artist seem a lot less threatening!

In my travels I have seen it all from sexual health practitioners, to mothers who are sex therapists and advocates, to regular people I know who own adult stores, to authors and storytellers who share intimate tales of every variety, Dads who are into kink or give sex advice, erotic photographers and artists, and even people who respectfully and happily engage in sex work - all regular people like you and me.  The spectrum of sexual interests and vocations is wide, but alongside comes a pretty big helping of inaccurate assumptions and both societal and personal judgements about the people who work and participate in this field, and it is daunting to be considering taking that on in any way as a fairly average suburban mother living in a conservative community.

So all this to say is that I have no idea where this is all going, but I wanted to just be up front about it because I think it's important at the very least to take an honest stance on the matter.  I think little by little I already have, I'm just stating it as plain fact now.  This isn't a fleeting interest du jour (admittedly, I have many of those), it is something that I have genuinely been interested in for probably most of my adult life.  I also know that this is not at all about me sharing my own private sex life, it's about me existing in this world in an honest and open way about what I know and what I want to know about human sexuality, along with all the other unique aspects of my life I am already open about and share.  Could that somehow be bad?