feb.23 {rhythm & blues or PMDD and other stories} 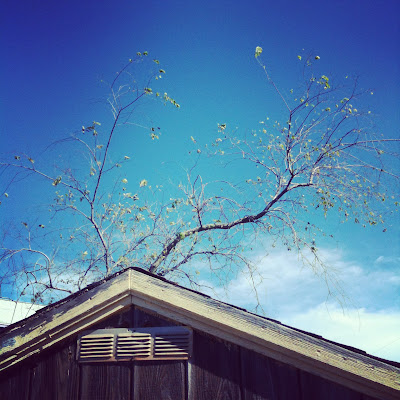 Today marks the completion of the first full 3 month cycle of a medication I was prescribed to help with my recent diagnosis of PMDD.  Part of putting all the pieces together for me recently has been about addressing my mental health.  It is also why I was MIA from the creative world for most of last fall.

It wasn't the first time.  I have been running on this hamster wheel of ups and downs for as long as I can remember, the first real depressive episode happening in my early teens.  I have, through the years, tried to get some clarity and a handle on things by utilizing tools like medication or talk therapy, which sometimes helped and sometimes did not, though never for any real length of time.  There have also been several inaccurate diagnosis along the way in hopes of finding best how to treat the symptoms.  That's all I ever wanted, was to not feel the way I often did.

Mental health is such a strange thing.  It is objective in some ways, but everyone's personal experience is their only perspective.  I only know what it feels like to be myself emotionally, yet it is necessary to measure one's functioning and happiness on a comparative baseline in order to know where the scales are tipping out of balance.  For me that has been the hardest thing to figure out and like such a moving target my entire life, trying to gauge what's "normal" and what is not.  There's been a lot of trial and error and sifting through symptoms and rhythms which are never exactly the same, yet all look so similar from one diagnosis to the next - seasonal affective disorder, depression, anxiety, even bipolar II was once explored, with a myriad of treatments for each.

The only thing that has clearly manifested are these periods of depression which feel like, as best as I can describe, being locked in a dark, scary basement for days or sometimes even months at a time, starving for light and happiness.  Sometimes it even seemed life threatening, and always it was something I felt I had very little control over.  These times cut huge swaths out of my life, had me in despair during so many times where I might have otherwise been really happy, and it makes me a bit mournful to think about having lost all of that time.  It is something I can't ever change but have come to accept in the process of finding my equilibrium.  It feels similar to the miscarriage I once had, a terrible loss that heals yet stays with you forever in the possibility of what could have been.

Over the past year or so I have felt more and more the rhythm of my downswing, a definite shift especially since having children and a battle of ups and downs that in some ways became the norm in my life.  I didn't really realize until fairly recently that my own true baseline, my "normal", is standing in the stairwell somewhere between the first floor and the basement struggling to stay within a small slice of sunlight through the partially open door, but never really able to step completely out of darkness.  For me feeling happy and well, existing in the proverbial kitchen and laughing with the rest of the world, has always been a bit fleeting which is why happiness has often felt to me by comparison like a blissful high.  I didn't really know what it felt like to live completely above ground for any great length of time.  But I am beginning to.

I am fairly confident that PMDD is at the root, which is not like PMS in case you were wondering.  My symptoms fit all but one of the criteria for this particular diagnosis, but the real proof only exists in the success of its treatment.  That, as well as now knowing that I've always had one foot in the door of dysthymia.  It's been a relief to figure this out and finally see where the adjustment needs to be made, to know my relative emotional position in the world is simply different than most.  It made such an impression on me too when Alex told me a couple of months ago that he has no idea, and can't even imagine, what it feels like to truly be in the despair of depression, that his sadness no matter how painful and deep has never felt that dire.  I've been there so frequently that it's easy for me to forget most people don't experience the world that way.  I think in general I also happen to be a very sensitive and emotionally open person, so separating that out of the mix has also been tricky.

Coming to understand the hormonal trigger within my cycle as well as my longitude and latitude on the emotional map has been the key to helping me feel much better.  Lately, I've felt much sturdier and more resilient than I can really remember feeling in a long time, and not so stuck in the exhausting loop of getting knocked down every time I'd stand up and brush myself off.  I've been treating both the mild dysthymia and the hormonal imbalance, and so far that combination seems to be working.  For the last several months I think I've experienced what it feels like to inhabit the ground level with everyone else.  Existing in a more moderate emotional space I am able to understand better what everyday, garden variety happiness feels like.  I can see how it's different than the happiness I'd sometimes have to chase and hold on to so fervently in the unpredictable back and forth.

This is only the beginning of this exploration for me, but I wanted to share my recent experiences in case anyone else might be struggling with something similar.  I have seen other brave and honest posts popping up about dealing with anxiety, depression and the like, and I wanted to add this little piece to the conversation about addressing both brain chemistry and hormones because this is new information for me which has been helpful, and because the maze of emotional health and treatments can be so confusing and condemning.

I know I will still get lost in the tangle, but I am not quite as afraid of the sadness as I once was.  I can now see pretty clearly where the anxiety came from, where the depression fit in, where I thought there were bipolar tendencies of high and low that weren't really there, and it seems like each is in their own tidy little box in the basement where they belong for now.  I also know that I don't have to exist in that space and that it is possible to feel different - better - to be happy, and not just feel happiness in the moments in between.