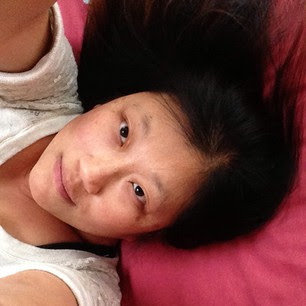 Remember as a teenager playing Truth or Dare?  That game where someone would asked a question, usually a very probing question, and you would either answer honestly or, accept a dare which was probably equally as embarrassing to follow through with.  Depending on the question, which generally revolved around boys and crushes and kissing, the options would be momentarily weighed, can I say this out loud or do I need to keep this one a secret?  Either way you were out on a limb sharing a juicy personal tidbit for public consumption, or not, leaving your friends to make their own assumptions and then feeling a bit regretful that you couldn't bring yourself to fess up - at least that is how I felt.  I think I always wanted to tell the truth whether I did or not, or maybe it was more that I always wanted to feel like I could tell the truth.  Those times when I did, I remember that potent feeling of revealing a daring nugget of information to a huddle of snickering girls that felt both enormously powerful yet really vulnerable at the same time.

That is so often the same feeling I get when I write here, but with the added benefit of not having to witness everyone's immediate judgement and reaction first hand (and I say that with a bit of humor and a smirk, though it's also pretty true).  There's no avoiding it really. We all say not to judge one another but it's almost impossible not to.  It's more about what we do with these judgements and how our reactions are either delivered with a kindness that can hold someone's truth, or with a sharp edge that could ultimately hurt them, or by saying nothing at all.

So, I'm just thinking on this one today:  The power of one's judgement is as equally powerful as someone else's truth.
I really feel that.  Do you?  And I want more of us to be able to always choose, Truth.