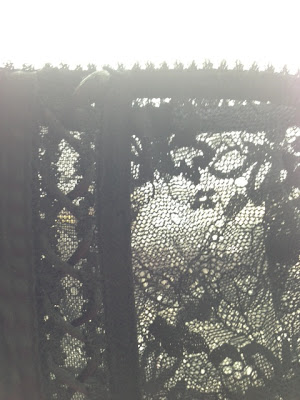 A girl can't live on chick lit alone.  Actually, I haven't read any fiction in a fairly long time, the last book being Pull of the Moon (last summer maybe?) by Elizabeth Berg which was a beautiful and compelling read - highly recommended!  My tastes have definitely shifted over the years and I am reading mostly non-fiction these days, juicy memoirs, creative living books, books on writing, painting, mixed media, oodles of magazines mostly about creativity and often indie zines, and of course the sex related books.  All good stuff.

In the spirit keeping it real around here, I thought I'd share with you some good sexy reads, again mostly non-fiction, but juicy and informative none the less.  Most of these I have actually read, but there are a few that I haven't but are sitting on my nightstand (so to speak, though not with kids around!).  You'll see as noted.  Hope this adds a little warmth to your Spring!

Forever by Judy Blume - I'm including this only because it was kind of an icon of my pre-teen years and my very first peek at anything sex related in writing.  Oh, what a buzz this book created!

The Sleeping Beauty Trilogy by Anne Rice -  I read these books long before 50 Shades which is now giving this series, vaguely similar in flavor, a new life.  The fairytale is a fascinating and seductive retelling of a classic (a brilliant format, I think), but has a fairly intense focus on the theme of sexual power dynamics and definitely is not for everyone's taste.

Perv: The Sexual Deviant in All of Us by Jessie Bering - A discussion about the inherent non-normative and alternative predilections that the majority (if not all) people have with regard to sexuality.  This book is not out until next fall, but you can read his current book, which is provocative essays on taboo issues of human behavior.  I recently read a great review for this book on Huff Post, and Alex who is currently reading it is and enjoying the book.

Heads in Beds: A Reckless Memoir of Hotels, Hustles, and So-Called Hospitality by Jacob Tomsky - While not specifically a sex themed book, this inside look at what goes on behind closed doors in hotels as told by a new college graduate thrown into the hospitality industry, reveals many dirty little secrets and shameless activities of both guests and employees.  I'm told you will never look at hotels the same, ever.