mar.9 {familiarity with rejection and failure} 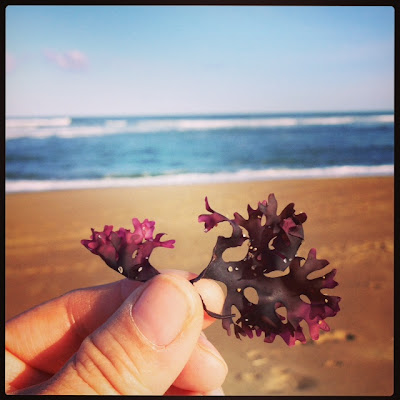 Last Wednesday I got a rejection letter.

It's o.k... it was a long-shot, so not terribly surprising but it still was a rejection.  It was the first formal one (probably of several to come) that I have received in a very long time.  Well, that's not entirely true. I did recently apply for a position and then received a letter accidentally addressed to someone else, saying she did not get the position.  Poor Carol.  I assumed since I never got an acceptance letter the message was intended for me.

So, I wanted to take a few days to sit with the note just in case the sting came later.  This is a new thing for me to be putting out pieces of my mixed media art for public consumption, and I know it is probably something I will continue to explore.  Disappointed?  A little bit, but truthfully it wasn't all that horrible.  It was more of a relief to get an answer (a very kind rejection) than be wondering about the outcome, or even worse - what if?  At least I gave it a shot, and that's not a cliche.  It does feel good to have tried.

Over the course of the last 6-7 years I have thrown out a lot of inquiries, possible projects, introduction letters, and all kinds of proposals and ideas.  Tons.  It dawned on me how much I have really put myself out there.  I'm not immune to epic disappointment, but I think because I have gone through the motion of tossing out a line so many times, I can lean into possibilities and uncertainty with a bit more abandon. It's not a fearlessness - the hesitation is always there in the beginning - is it good enough? am I good enough? did I say the right thing? and so on, but it's the backswing that I have truly grown into.  I'm very good at just letting things go without holding onto too many expectations and more often than not I am pleasantly surprised.  Part of it too is simply believing in my work and having more certainty in who I am.  The hope, desire and passion I feel for what I do, which I am so grateful for, maybe makes the vulnerability less powerful.  It has also made me very good at failing.

On the heels of that rejection letter I received an offer for an interview.  It's in a few hours, and even though it is my first formal interview in about 11 years, I feel like I have done this a zillion times.  I know how to pitch and I know who I am, and that, in addition to just showing up seems to be 2/3's of the battle.  Maybe if I get rejection after rejection I will be singing a different tune, but I guess I just have utter faith that I will be accepted when and where it is the right fit.  I am also pretty sure that if I didn't go for things - even things I'm not 100% sure of - I would be burdened with regret.  To me, regret is far more difficult to reconcile than fear.

I'm a little nervous and not even sure if this job is right, but you just never know until you know.  Off I go to find out.