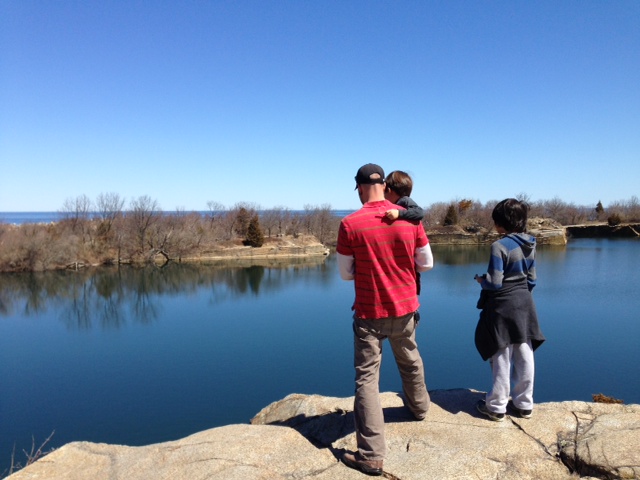 The past couple of days we have been wandering in the woods, splashing in brooks and ocean waves, exploring long and winding paths and marveling at the spectacular spring show Mother Nature is putting on for us right now.  Everything is tender and greening, and the skies have been so clear and blue it's like someone painted it.  Heaven.

Since becoming a mom, I have never felt more connected to nature.  I know it is both because of having little boys who need to run in the fresh air as well as having found my own creative connection to the earth - it's a photographic study and inspiration that never ever tires.

Being in the sunlight and among the trees is healing, like a giant exhale loosening all the tension.  I learned this when my oldest was very young and it was an absolute necessity for him to be outside.  It calmed his busy little spirit and lulled him into his happy place, just like that.  As he has gotten older this is still just as true, and now he is aware of his own connection to nature and how it is the one thing that never fails to melt his stress away.  It's where he can run and breathe deeply and explore without the boundaries of everyday life.  It's a tool he will have for life.

With three boys (Alex too - he'd live on a mountain if he could, I think) who love to play in the mud and are enthralled by the tiny red buds as much as the big wide ocean, I spend as much time as possible outside.  It is incredibly grounding and connects us in a way that is both richly experiential and wholly engaging.  Maybe that is part of it too, how it ignites all the senses in a way that is so simple yet immensely joyful.

So if you're looking for me this season I will probably be following two boys through the thicket, elbow deep in mossy earth and behind the lens of my camera hoping to capture some of the sweetness.

It makes me happy just to think about it.