apr.20 {reconciling with my inner mover and shaker} 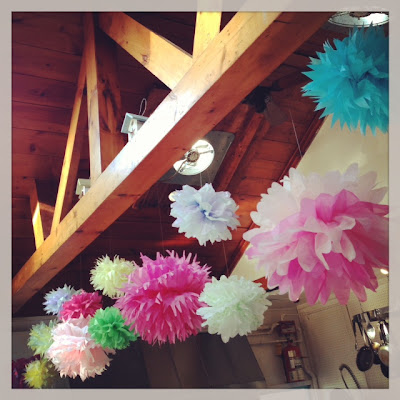 During the long hiatus I took last fall I realized that I don't really like being over-busy.  I like being productive, but the two are not the same.
Part of the next step for me is getting my art and work out there, and this means doing the legwork and taking on a bit more.  In the past, I had lists upon lists of things to do and for the most part they never seemed to disappear as more was always being added.  While the hustle and bustle felt like forward progress, a lot of it was just swimming in place.  There was simply too many things to juggle.  I'm trying really hard to not go to that place again - to not measure the worth of what I'm doing by how busy I am.
In fact, I want to be all about promoting couch surfing, Sunday driving, beach wandering, porch sitting and lazy mornings in bed snuggling!

That doesn't mean I don't want to get shit done.  That's still naturally a big part of my modus operandi, but I want the expectation to come from a different place - one of nourishment and not simply accomplishment.  I hesitate to call it balance.  I don't personally believe in work/life balance.  It's more about the harmony of things existing together where sometimes there is more of one note in the forefront than another, where everything is fluid and ebbs and flows.  That wiggle room where less is more, is so important in having the ability to shift and move with the changes, I've realized.
Another big realization is that I can't do it all, and especially, that I don't really want to do it all and that's ok.  Somehow there is a greater value placed on those who are Movers and Shakers in this world than those who fly more quietly, though just as successfully, under the radar.  I'm trying to shift that view and reality for myself these days.   I want to prioritize and focus on what is most important to me in the present, and then have only a few imperatives on the running list of goals and things to do so I can start uncluttered and fresh each day.  Un-plan is my new motto, as it leaves time to fill in the spaces with unexpected goodness!
The other big piece for me is to disconnect.  This one is probably the hardest, but I realize when I step away from the virtual world for big chunks of time I am happier and feel more peaceful because it cuts out a lot of peripheral noise.  This helps me to share and connect from a more real, in-the-moment place when I'm not trying to strategically plan and market my work or trying to keep up with what the rest of the world is doing. The trap is then beginning to worry that I'm not doing enough and that I might be missing out on an opportunity somewhere, and so the inclination is to be busier or speak when I don't necessarily have something meaningful to say.

Moderation and mindfulness is a much healthier and happier social media relationship for me, and admittedly a work in progress.  I've deleted a Facebook account, unloaded Hootsuite, not jumped on the bandwagon of every new social media site that pops up (still in limbo with Pinterest, and decidedly not doing Vine), let go of the newsletter, and have pared down to one blog.  From an influential business perspective this may not seem like a smart move, but the biggest change of all for me has been to not look at my life through the lens of my business and to see and honor the entire picture from where I stand.  It doesn't mean that I won't do any commercial work, it just means acknowledging and leaving room for the other aspects of my life that make me equally as happy, even though this truth may not seem wildly ambitious or savvy to others.

That's just not the kind of badass business girl I want, or am meant, to be.  Now that I've realized that, I'm totally okay with running the race and finding my badassery on my own terms and at my own pace.  Really, it's such a relief.