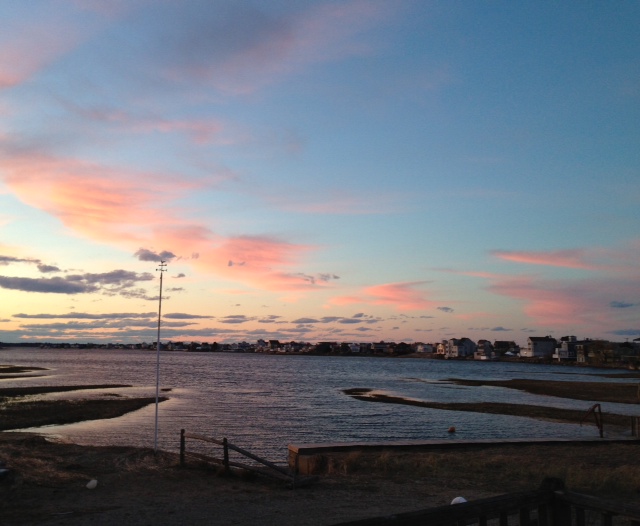 In my twenties, Alex and I were often at the hub of social festivities.  We had dinner parties, holiday bashes, big birthday celebrations, and cozy gatherings in our home fairly often.  We were kind of known as party folks - not in a drunk and crazy kind of way, but in an organizing and planning kind of way (though there was a bit of the latter as well).  I learned to host a mean cocktail party and we always had friends crashing in the spare bedroom.

These eventually became fewer and further between.  Somewhere along the winding road of everyday life a smallering happened, and I lost my Hostess With the Mostest mojo.

If you know me at all, you know I'm a planner at heart.  I love to create experiences and organize gatherings wrapped in all the shiny little details that make such togetherness memorable and special.  Even now I get that bug quite often, but it's rare that I act on it.  I've often wondered about this change.  Maybe it's the nature of growing up and losing that freedom.  But part of it is also an insecurity that blossomed over the notion of home, a feeling of inadequacy in the grown-up comparison game of who has the most beautiful house full of beautiful things, with deeper complexities buried at the roots.  This is the part that's really bothering me.

The insecurity comes from not having the big, new house with expensive matching furniture and all the store bought decor to match, from the dishes to the bedspreads (and I know this is all relative in comparison).  Of course there's nothing wrong with having these things, it's really the fear of being judged based on what kind of couch I have or car I drive, because these things are often a measure of status and success.  Part of why we don't have these things is for financial reasons, but the other part it is that it's just not our priority to buy into the mainstream.  Even if we did have the extra money, I don't think we'd have the livingroom set from Pottery Barn or the curtains from Anthropologie (okay, well maybe the curtains), because that is just not our personal style or what we value.  We are much more eclectic and bohemian and like to find our furniture as treasures from the curbside or upcycle something old into new, with sentimental and meaningful, unique pieces added into the mix.  That is what makes our home a happy place.

I'm also really terrible at "good" interior design and so there are many other things I would rather be doing.  As a result, I haven't really dug in deeply enough to find my domestic groove.  My energy goes into living rather than the nest in which to house that life.  I realize that those two ends need to meet somewhere in the middle, and that this disconnect is part of what I'm missing - the commitment and connection I have with my exterior space.

Truthfully, I live in a beautiful place.  The domicile is a modest converted beach cottage, but the location is utterly spectacular.  Every day I stare out my window at the sea or sit by the water on our dock, I am incredibly grateful.  This place has shaped my life in so many ways.

I know that it's not about sitting in a room together surrounded by fancy throw pillows or the hand braided rug, for me it's really about the sharing and togetherness of friends and family.  This is what I need to further nourish and enrich my life.  It might even motivate me to finally finish the beautiful, big, salvaged table I got last year with visions of such gatherings in mind.  I think it's time to let others in and bring those gatherings to life, and to completely inhabit and own all that I am.