jun.5 {on a personal note: LGBT and parenthood} 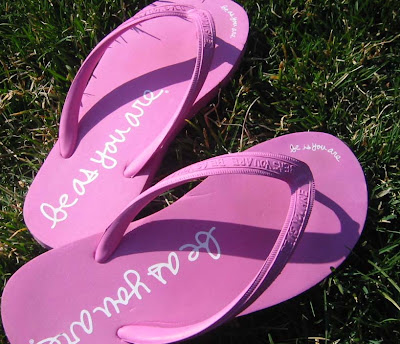 It's Pride Week here in Boston, and it has me thinking... about the positive power and support of the LGBT community, about the (still) negative stereotypes and ignorance around such lifestyles, and about the integration of all of this into my own family.  I asked Owen if they talked at all about Pride in school and of course unsurprisingly, he said no, and so I'm also wondering when it will be time to arm him with more information.

Alex is not officially Out, as in, he hasn't made any formal announcement to family and friends about the status of his sexual orientation.  I guess it never really felt that relevant to share, but by all accounts in support of LGBT rights I understand it's importance.  I especially think about the young kids who are amongst this minority, the ones who are struggling to come to terms with their own identity, who have families and communities who don't accept or support them, and who are at such high risk for hate crimes, drug and sexual abuse, and suicide.  This breaks my heart.  Not to mention all the oppression that many others among this group, young and old, face on a daily basis.  It's unfortunately a sensitive and combustable topic, as my husband said this morning, that we both feel strongly ambivalent about as parents.
As a mom, my fiercest reaction is in protecting my kids from this horrible kind of intolerance and I'd be lying if I said I was not conflicted about teaching them about our own family's differences at least now while they are so young.  Seems so achingly hypocritical, I know, because as a mom I also feel like I have a responsibility to teach them about tolerance and discrimination especially being part of a family that is mixed in so many ways.  We talk about racism, religious differences, even touched on gay rights, but we've never really talked about the more nuanced aspects of the LGBT spectrum.  It feels like a fairly complex and weighty identity (even indirectly) to lay on kids, but maybe that's just my own fear and perception.  There certainly is an age-appropriate element to understanding it all and we've only just begun to talk about sex in basic, general terms with our 9 year old.
But as a wife, my fiercest reaction is in protecting my husband's rights and his place in the world as a bisexual person, and as a woman and modern feminist I want to be an advocate for tolerance and acceptance as well.
Statistically speaking, people who are Bi are more at risk than their gay or lesbian counterparts because there is less understanding and acceptance, less rate of disclosure, and less avenues for support overall.  The majority of adult bisexual men and women are actually partnered in hetero relationships, so for many there doesn't seem to be a reason to ever stand on a soapbox and make waves.
Everything changes when you have children.
As a couple, we have only in the last few years been having an active conversation about what this means to us, our relationship, and our roles as parents.  In fact, it is still happening and evolving.  I am happy to say that I don't think that the majority of our family and friends would bat an eyelash at Alex's orientation and for this I know we are incredibly blessed, where in other circles it could possibly create dissonance.  It is also not my place to tell or share the details of Alex's personal story with regard to this.
I'm not sure where I was really going with all of this, but I do know that if or when my kids ask directly or when it's just time for them to know, I/we will give them honest answers - especially that often life is complex and it can be hard to stand up for what you believe in.  Ultimately though, I want my boys to be proud of having a family of mixed heritage, ethnicity, religious affiliation, and sexual identity.  My parents always taught me to be proud and to celebrate differences, because that is also what they live(d), so I'm certain that acceptance of whatever nature won't ever be something I regret teaching my children no matter how thorny it might be.