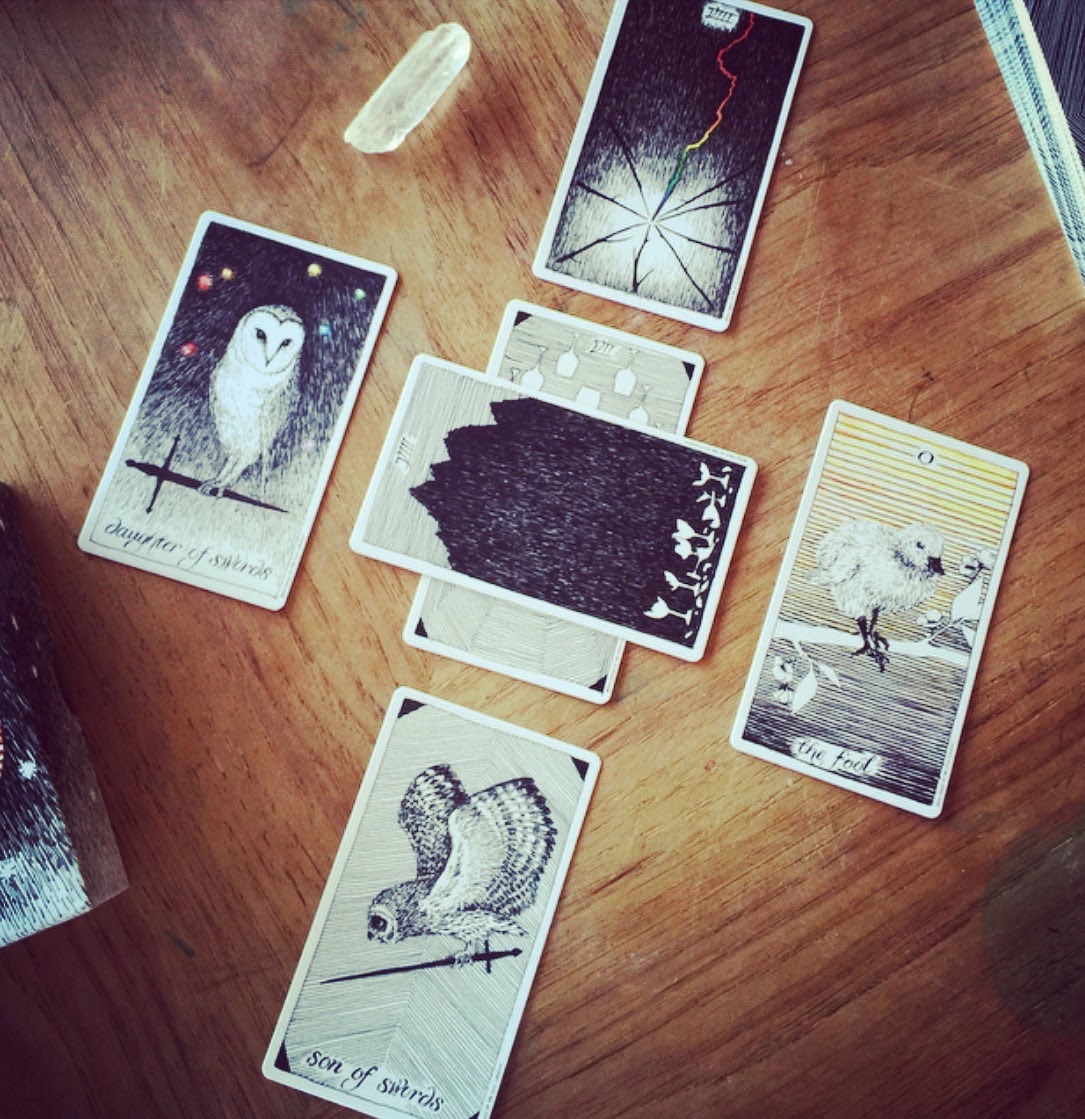 It is time for new energy, new work, new goals. A fresh new year is here. While I have some idea of what I hope this year might have in store, there is still plenty of spaciousness for unexpected evolution and big changes that are still becoming, which today's pull seems to beautifully reflect.

I'm currently shifting out of a small fallow period, after much hard work and the big push of making and doing that was the majority of this past year - hello, Son of Swords. It's been an epic journey in my professional growth this past year, from beginning as a fledgling in my solo creative work to moving into wildly meaningful pursuits in every  direction, forging new paths and connections and building foundation and momentum for what's to come. Last year my word was Sanctuary, and much was brought to bear in both the physical aspects of this word as well as the more internal and meta. It was largely about shoring up and making safe spaces for my life to root and thrive. This happened in spades in 2014.

This year, my word is Embody and I can feel the momentum going directly inward, craving deeper integration and manifestation in mind, body and spirit, of emerging work and the core beliefs that came into great clarity over the past 12 months.

The Daughter of Swords points to honesty and insight, a perfect beginning for this year in which I will also be holding space for and honoring Air in my creative coven in just a few days. The Eight of Wands, on a broader scope, is promising great action and change.

Bring on the lightening.