this one time, in Alaska... 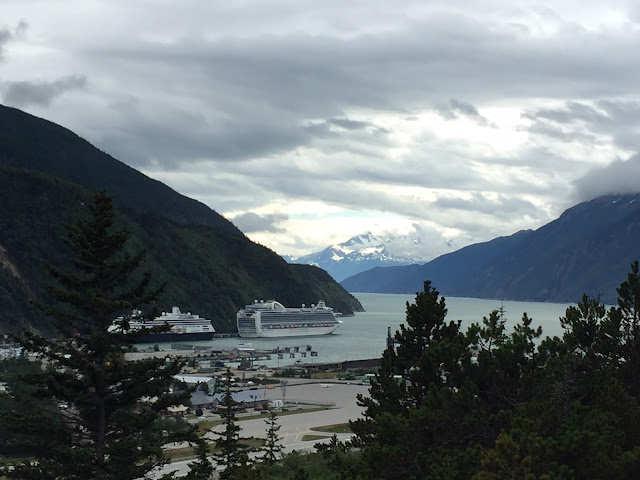 Two days after we got home from Alaska, I knew my marriage was over.

It wasn't that we had a terrible or tumultuous time while we were at sea. Actually, it was quite the opposite. It was full of wonder and ease and joy and I fully surrendered myself to the experience that was in and of itself extraordinary. That was, until the murder happened. Then it became something all together different and unnamable, but even that tragedy brought us all closer.

The last two days where we spent our last night on the ship and then landed back in port in Seattle was where it all started to creep in -- the dread of returning home to my life that no longer felt bearable. And when I realized that was what I was actually experiencing, not just a bumpy transition from post vacation Love Boat-like bliss back to our ordinary life, I knew that it was time to go.

What it felt like in my body was leaden and had me contracting into the smallest ball of sadness and anxiety, where I curled up in bed for two days trying to right my post Alaska blues. What I recognized fairly quickly was that I had been in this same exact position many times before, and what I'd called it was a myriad of similar things... depression. anxiety, exhaustion... What it really was, was a deep unresolved unhappiness that just laid me out completely flat.

That third day, I was complete with that story. I knew with every fiber of my being that this was true AND it was the hardest thing I've ever had to say out loud.

Some days, even here, even now, I can hardly believe I did.