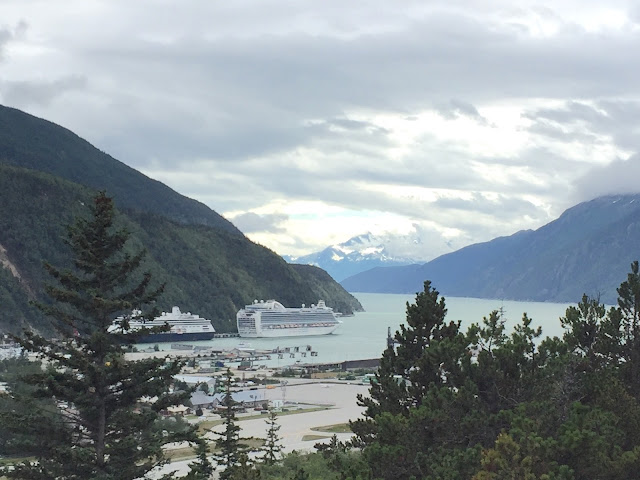 I never told you the story of how I bumped into Anthony Bourdain that fateful summer trip of 2017. We were headed to Alaska and our port of call was Seattle. Mr. Bourdain was apparently staying at the same hotel we were, and I saw him at the registration desk. All I could think in my silly fangirl moment was, gawd he's tall. As we exchanged a few inconsequential words, I felt the effort of his attempt to try to fold in his undeniable stature and status, recognizing what an impossible feat that must be for him as he moves through the world. This chance encounter feels somehow entangled with the surreal melancholy of that trip, where Alex and I were about to end our marriage (though we never actually ever legally separated), and someone would be brutally murdered down the hall from us on that cruise. A year later we'd hear of Anthony Bordain's tragic death.

Fast forward to the present day, I was googling the terms han and jeong. Han is a Korean word that speaks to both the cultural and personal anguish of emotions gone unspoken. I first bumped into the concept of han while watching the t.v. series Street Food (we're eating our way through the series as a family - highly recommend), where the Korean chef talks about her own life experiences and they overwrite the definition of han on the screen as she speaks so compellingly about it.

A light went on in that moment, and I finally had an understanding and connection to something I've felt deep in my own soul, but had no context or words for. Athough I am displaced from my ancestral line, there is a biological and historical yearning I often feel that I can not articulate. It feels like walking alongside a very familiar ghost who doesn't speak your language, and sometimes so disorienting that it seems quite possibly something I am simply imagining. Han for me feels this way too, embedded into the way I experience my feelings, often in fragments and pieces like a puzzle, in my body, mind and spirit.

Then, just a few weeks ago, I received a newsletter in my inbox from Also Known As, an organization I recently discovered as I step more solidly inside my Korean identity, that empowers the voices of international adoptees, whose founder is also Korean. Han and jeong were the topic of the letter, referenced as close and meaningful counterparts particularly in the adoption experience. Jeong is the beautiful, unseen communal bond of Koreans. Feeling the resonance and serendipity of it all, I began googling these words looking for more pieces of my own heart. Lo and behold this is the first link I came across. The most perfect and beautiful sentiments.

So it all circles back to that moment I stood at the counter with Anthony Bourdain, now understanding so much more about the way in which our stories intersected. Han and jeong. I did not know he was adopted, and so I also now achingly understand so much more about his despair and longing. I'm so grateful for his work in this world, and the way he bridged gaps and created togetherness. His way of of navigating han and jeong was food. Mine is art and creativity. I'm so grateful to have learned from him that dialect or culture doesn't much matter, as love languages, at the root of it all, are all the same.